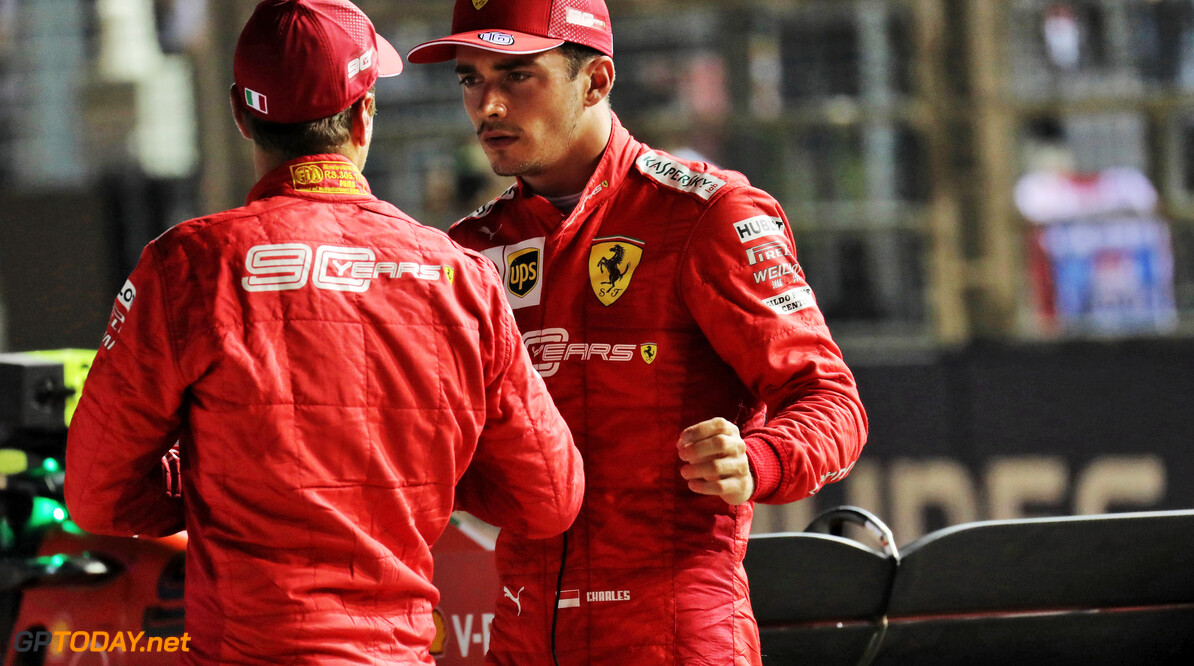 Charles Leclerc says his surprise at losing track position to Sebastian Vettel during the Singapore Grand Prix was because he did not realise at the time that his team-mate had already pitted.

Leclerc was leading the race when he stopped on lap 20 of 61 but was unhappy to find himself behind team-mate Vettel upon rejoining the circuit as the German had made his stop a lap earlier.

Vettel explained after the race that he’d received the call to pit ‘very late’, a decision team boss Mattia Binotto later disclosed to Sky Sports as being made to close off the threat of an undercut from Max Verstappen.

“I was surprised because obviously I was not aware in the car [that Vettel had pitted], but I guess if this decision has been made it was for the good of the team and it had to be the only way for us to do a one-two,” said Leclerc.

“If it’s the case I completely understand it, but obviously, from [inside] the car it’s very frustrating. I’m not completely happy, but anyway, the overall result of the weekend is very positive. We hoped for at least one car on the podium this weekend and we go back home with a one-two, which we definitely did not expect on a track like this.”

Having secured pole position, Leclerc was left frustrated at not having had the chance to dictate his own strategy during the race but revealed that the team did not actually discuss beforehand a situation whereby the driver running second would need to undercut the other to protect track position.

“I don’t think I could have done many things better or differently. The only thing probably is I will ask a bit more about the strategy, who is pitting and who is not because I was not aware,” said Leclerc.

“I don’t know if I should have pushed a bit earlier during my first stint. I don’t know, we have plenty of data anyway and I will analyse it.

“We didn’t speak about [before the race about the undercut] so I think that will be one of the discussions to try and understand why. It’s impossible to go through all the possibilities in a race, all of them are unique but no, we didn’t speak about this particular situation.”