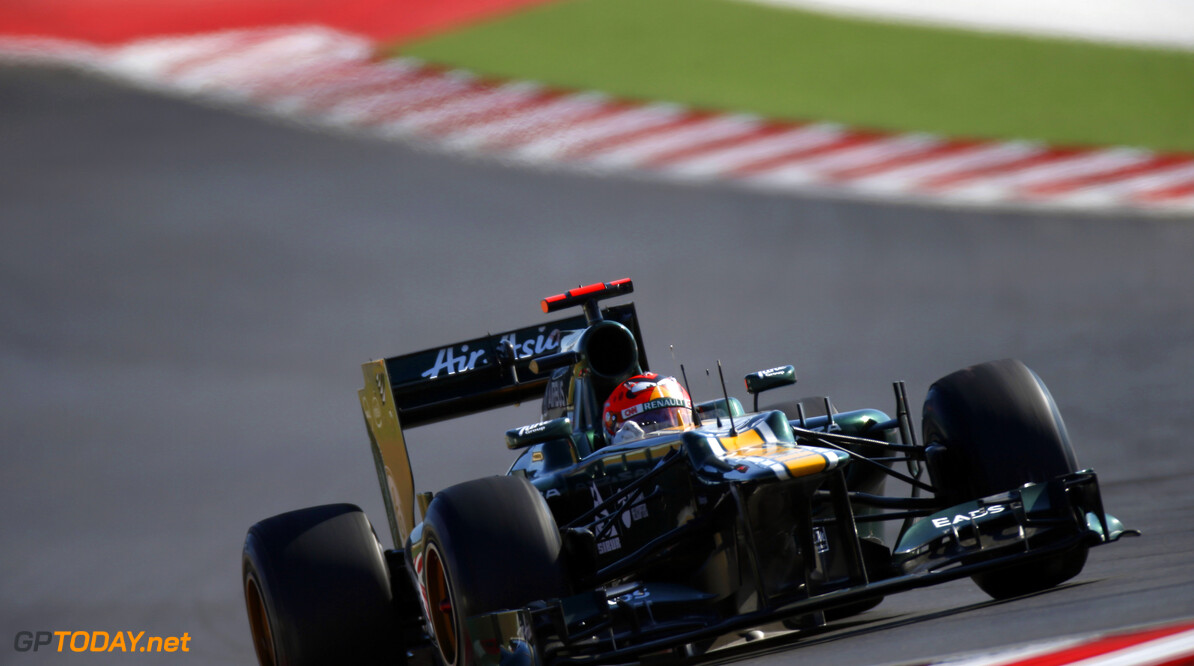 Giedo van der Garde (driving FP1 in Heikki Kovalainen's car): "This will be my final FP1 run of the season and it's on another track I haven't driven on before, but I've done the usual preparation on my simulator so I'll be up to speed quickly. It looks like it's a pretty technical track and one that everyone tells me has a fantastic atmosphere so I'm looking forward to getting out there and picking up where I left off in Abu Dhabi after two really good days in the car."

Heikki Kovalainen, car 20, chassis CT01-#03: "Interlagos is a good place for us to end the season as it's one of those tracks where anything can happen. It looks like there could be rain every day and that'll mean picking the right strategy will be key to performance - time the stops right and you can take advantage of whatever happens in qualifying or the race. The track itself is also quite tricky. It's pretty narrow in parts and you need to make sure you get your lines right or it's very easy to make a mistake."

"It's also fair to say the Brazilian race has one of the best atmospheres of the whole season. The fans are incredibly passionate about Formula 1, they're very knowledgeable and the turn the whole weekend into a giant party in the stands. It's pretty cool on Sunday when you're on the gird and all the stands are bouncing - it really is a cool place to race F1 cars."

Vitaly Petrov, car 21, chassis CT01-#02: "The last race of the season is Brazil, a track that's a good challenge and one where anything can happen. Last year I finished in the points and while that may not be an easy task for us this year, it's still something we want to fight for. With the weather forecasts for Sunday we might see rain so that could make it a really exciting end to the season right up and down the grid."

"Technically the Brazil track is pretty interesting. You need to have really good traction to power out of the slower corners and you need to make sure you have the setup right for the long flat-out run from the last corner, past the pits and into turn one, giving you a chance to pass other cars as you head towards the start of another lap."
F1 News
<< Previous article Next article >>
.